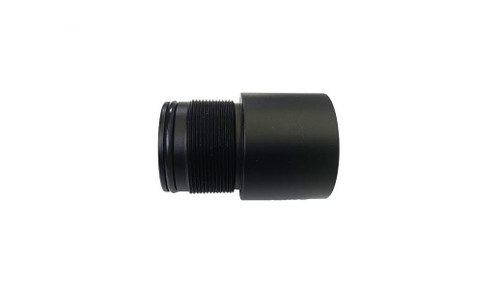 Another outstanding add-on for the Dreamline is FX's new Power Plenum. A plenum in and airgun is the chamber of compressed air just before the transfer point and once the trigger is pulled, that air is released which propels the pellet down the barrel. By adding this Power Plenum, the chamber is increased by 17 cc, making it capable of increasing the velocity of your Dreamline by up to 130 fps (dependent on caliber and pellet weight). Any Dreamline owner can easily add this on in minutes, with no technical or gunsmith knowledge whatsoever!